For leaders overseeing complex operations, or heading into strategically icy waters, knowing when to change direction—or to scrap a plan entirely—is a critical asset. Jonathan Ager of the British Antarctic Survey explains how to juggle forward planning with adaptability.

How do you know when to start on a fresh page? Is it when you run out of directions in which to turn? Or when you can see obstacles ahead and decide to divert now rather than tackling them head on? Baked into any strategy, agenda or mission should be an ability to adapt, pivot, and be flexible when required – and in some cases, tear up the plan and start again. Arguably the most important trait is knowing when to follow each of those paths. Workplace leaders have had to keep up with an unprecedented rate of change over the past 18 months. It requires a strong leadership mindset to admit when a long-held plan needs to change, and an ability to understand and forecast where decisions made now will have downstream implications.

Jonathan Ager, Programme Director for the British Antarctic Survey (BAS), is confronted with these challenges daily. Having joined the organisation in September 2019, he is now in charge of the BAS’ Antarctic Infrastructure Modernisation Programme (AIMP), a long-term project to upgrade and future-proof buildings and supporting infrastructure on the continent. Not only does he report to the BAS itself, which oversees much of the scientific research activity, but also to the Natural Environment Research Council (NERC), which is the overarching body funding much of the BAS’ work.

Planning large-scale upgrade work is a thankless task; but Ager believes in placing himself and his team firmly in the driving seat.

“Don’t be reactive; be the master of your own destiny. Longer-term planning involves actually seeing your vision for the future and building around that.”

BAS’ mission is simple; to improve the infrastructure on location to better support the science. It is the biggest government investment in the region for four decades. The programme includes the construction of a new building at the Rothera Research Station on Adelaide Island – the Discovery Building, replacing six older, heritage buildings with this single structure. Although the British Antarctic Territory was formed in 1962, British presence in the region dates back to the early 1900s. These facilities, while still functional, are costly to maintain and require replacing to support new research projects. 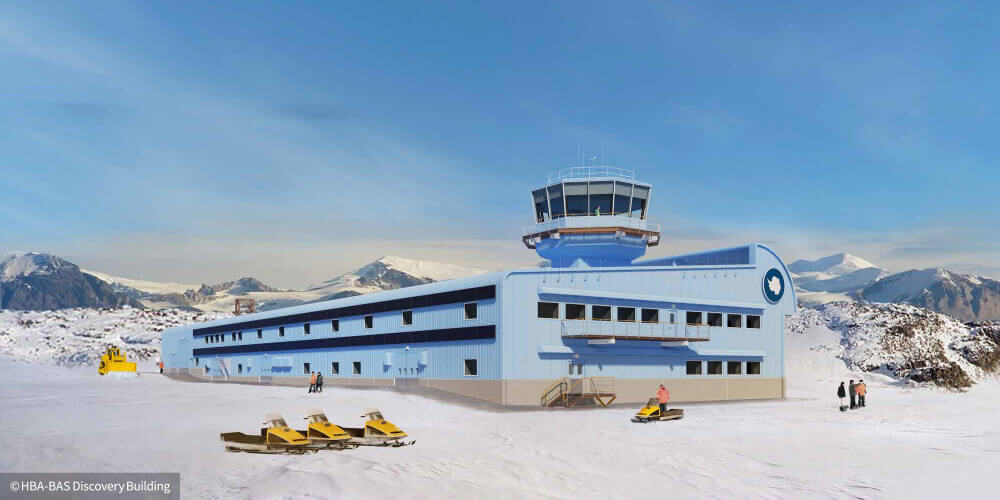 The Discovery Building is to house a medical facility, offices, workshops, preparation areas for expeditions as well as recreational spaces. But it has been designed to be adaptable and reconfigurable for different types of spaces if required in the future. Baking-in forward thinking means that operations can evolve over time without the need for more extensive work in some of the most challenging construction environments on the planet.

The modernisation programme is designed to minimise the amount of reactive work that’s required. This means planning ahead – and for fairly obvious reasons.

“The problem with Antarctica is that you can’t make a mistake. You need to understand exactly how everything is going to work; how the space is used in minute detail.”

The harsh winters mean work can only realistically be completed during six months of the year.

“And this is before mentioning that Antarctica is, well, far away. It’s remote; you can’t just go and get a bag of bolts.” 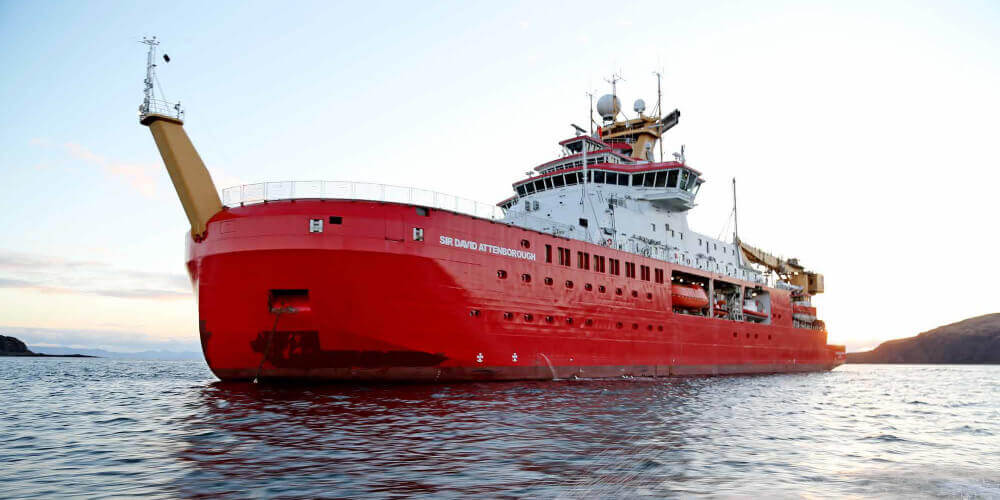 Part of the infrastructure modernisation included replacing two vessels with a single ship – known as the RRS Sir David Attenborough. The knock-on implication of introducing a larger ship into operation was that a new 74 metre wharf needed to be constructed. This gave BAS the opportunity to improve its processes as well.

The research station shifted from shipping materials on pallets to a process called containerisation; another part of the programme aimed at making working life on site far more efficient. Every element of the programme has been crafted by a carefully cultivated mindset.

Factoring in all aspects of the operation—in addition to upgrading physical equipment—ensures that an ethos of continuous improvement is embedded.

“Any organisation needs to modernise, not just its physical structures, but also the way that it operates.”

Finding ways of tackling a problem, even problems which may not initially appear as problems, might open up more opportunities elsewhere. Improving certain processes at Rothera, for example, means modernising through reducing the number of people required to be on site.

“The money we spend on science is better spent on other aspects which will offer a return.”

For instance, clearing snow is a fairly labour-intensive task. But they have created a large wind deflector which will throw the snow clear of the building. The result means that the labour hours which can be accommodated on site — in itself limited by the size of the living quarters—can be directed towards the science.

Ager says that this is another example of being in charge of your own destiny; snow clearance could still be completed manually, but the opportunity arose to make that task redundant. And there will likely be more opportunities for obsolescence as the largest challenge on the continent looms straight ahead.

Ager must be on guard against events which force a rethink to the plan, such as cracks in the ice. With climate change accelerating, this manifested itself in fairly drastic action. Constructed in 2012, the Halley VI Research Station is situated on the Brunt Ice Shelf in Antarctica. Segmented into eight sections, it sits on top of ski-fitted hydraulic legs. In 2016, BAS began to see cracks in the ice shelf, which meant it was time for a relocation. Each module, which weighs up to 70 tonnes, was towed individually to its new spot. The decision was made to design a moveable research station given the evolution of the natural environment. 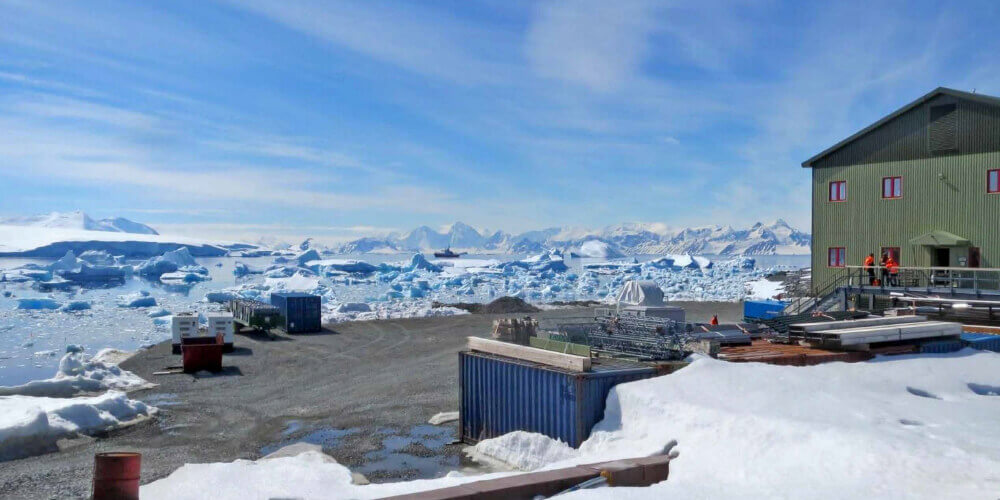 Some monumentally large icebergs have broken off the ice shelf in recent times. “Now, every week there is a crack check.”

But Ager’s job is to adapt to these changing conditions and build in environmental resilience. He tells the story of Antarctic runways – one of the most important strategic air bridges to continental South America. Planes are designed specifically to be able to land in snow fields or on blue ice runways, where the brakes are essentially useless. Elsewhere, gravel runways are utilised.

“The gravel runway is bound together by frozen water. The result is a smooth runway that is as strong as a tarmac runway you see at any international airport.

“But we’re currently seeing many more days where the temperature is above zero, and therefore the water isn’t freezing. The result is a mushy surface, which creates erosion: it means that the surface is so much harder to maintain.” 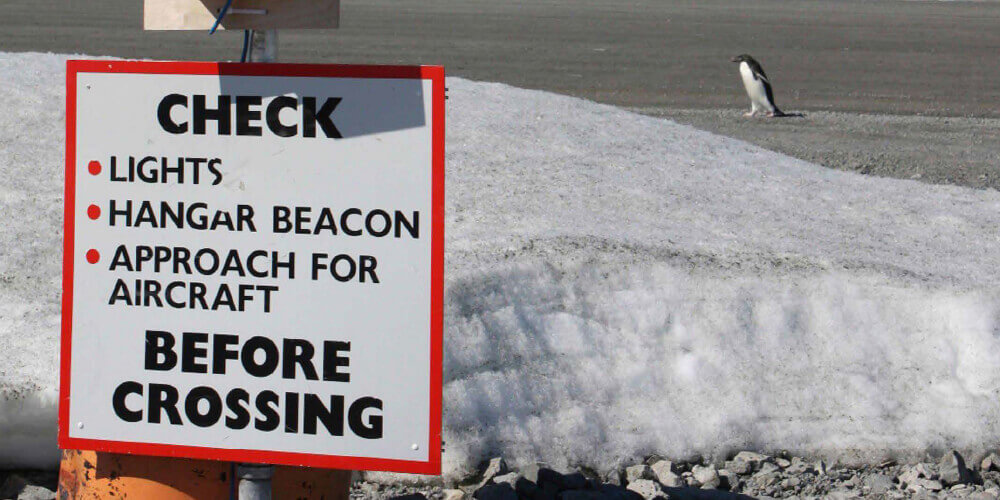 As temperatures in the region continue to rise, Ager’s team is needing to pivot its operations, focusing both on runway maintenance as well as upgrading the planes themselves, which were originally procured in the 1990s, to ensure that they can keep the air bridge open safely. Whether aircraft are required to land on ice or gravel, safety is still the ultimate goal.

Ager began his career in the Royal Air Force. Leaving six years ago after three decades of service, he spent considerable time in project management, looking after two portfolios of projects carrying around £28bn of through-life cost value. His experience in overseeing such programmes earned him his current role. And given the longevity of the work that is being carried out and the number of stakeholders and moving parts involved, he says it is crucial to have the end goal clear in mind—and to keep it clear in your mind as you make key decisions.

It is easier said than done though. The BAS needs to factor in decades worth of scientific research before it makes any infrastructure decisions. If they want to install a wind turbine as part of its carbon emissions reduction plans, they must consider whether it will create unintended consequences on local wildlife.

“We may need to relocate a building, or a project, but first we must understand the science that’s involved. There’s long-term data that is being collected over the course of many years; a turbine or a move may interfere with those results.

“It’s incredible that there are so many variables in this joint venture.”

On projects with several stakeholders, it can be easy for a cacophony of noise to cloud judgement and decision making. For leaders, it can be even more difficult to keep the noise away from the team on the ground, disrupting workflows with unnecessary input. Ager answers to both the BAS and the NERC, meaning his role requires an intricate understanding of the objectives of each organisation.

“It’s important to keep on engaging,” says Ager. “Particularly at the early stages of a project, follow the GOAT technique: go out and talk. You can never engage enough.

“But for your team, you must understand your role within that. These inputs need to be decoded carefully so that they are unambiguous, and they can continue without further interference.”

This level of engagement early on allows a culture of clarity and understanding to bleed through an organisation.

“It’s not just about the tangibles—the things you build—it’s about the organisation you want it to be. As a science-driven organisation, we are able to articulate why investment is appropriate. If you can define your mission, you can plan for it.”

And that is exactly what Ager instils throughout his running of the modernisation programme. While he can speak at length about the intricacies of upgrading a runway or a new building, he also understands the underlying culture that he is building on; keeping the organisation’s overall objective at heart, not allowing deviations to side-track or complicate decision making. Planning so meticulously that you can predict problems before they happen, and so that flexibility can be baked in. Understanding that while some parts of your strategy are technically fine, planned obsolescence can be a good thing.

With workplace leaders set on finessing their workplace futures for entire workforces, there are so many factors at play which could cause rippling effects for years to come; one of those factors being the refusal to change at all. Knowing when to start on a fresh page, like Jonathan Ager, could be a critical conclusion to come to.