At the start of the year, the UK’s largest supermarket grabbed media headlines with the announcement that it would no longer plastic shrink-wrap its ‘multi-buy’ sales for all tinned and canned produce. In so doing, it will remove 350 tonnes of plastic packaging from our landfills.

The move relies simply on shoppers understanding how many of each product they need to basket to benefit from multi-buy discounts. The rest is done at the tills. It’s part of Tesco’s four-pronged attack on lessening its societal environmental impact. It includes removing allnon-recyclable and hard to recycle plastics from its own brand products and auditing every supplier’s product lines for excess packaging.

Supermarket chains, of course, will grab any positive PR they can when it comes to greening their reputation. Their vast, brightly lit, out of town hyper-stores, filled with inefficient open-fronted chiller cabinets, surrounded by even more expansive car parks, crammed with our fuel-guzzling SUVs, are monuments to our consumer addictions, making them easy targets for the attentions of climate activists.

Last year, I was fortunate enough to share a platform with prominent underwater photographer turned renowned ocean conservationist, David Jones. And so, in this Review, he gives his take on the gestures taken by supermarkets and calls on us as consumers to realise that we have a bigger part to play than governments or corporate boards in lessening our burden on Mother Earth.

But does that let those executive boards off the hook? Does it give them an excuse to be merely reactive, rather than pre-emptive in their efforts? Tesco has done a good thing but, could it do more in driving a circular economy? Can we, the consuming public, demand emotionally disconnected corporate boards, under the cosh from their profit-driven institutional shareholders, develop a corporate emotional intelligence? 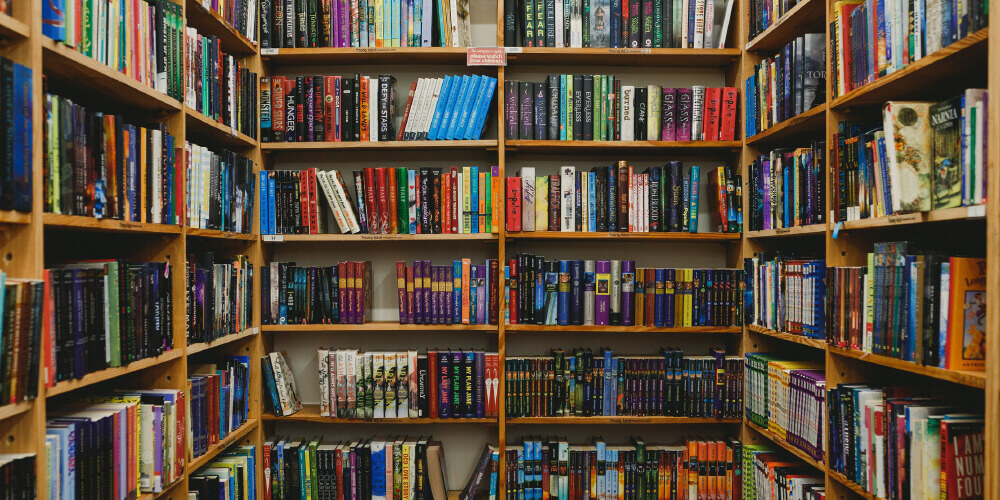 Business bookshelves are abundant with management self-help guides to help those executive boards do exactly this. Their blurbs pitch the virtues of the emotionally intelligent leader and the emotionally intelligent organisation. But are emotional intelligence, compassion and empathy things that can be learnt from a long-haul inflight read? Is it really possible for leadership teams to rewire their psychometric profile – it’s either got it or it hasn’t.

In November last year, after a debilitating two-year battle with his physical health, I said goodbye for the last time to my 79-year-old father. His last few months had a striking resemblance to the case studies offered by author Atul Gawande in his outstanding 2017 book, Being Mortal. But despite what Gawande concludes and my experience supports to be a “crisis in geriatric medicine”, at almost every turn during his last weeks in hospital, Dad was cared for by healthcare professionals who daily drew on incredible reserves of empathy and sensitivity to do the best they could for him. From trainee to experienced senior clinician, they were almost all brimming with the ‘soft skills’ so in demand in those modern boardrooms.

That need was never more apparent than in the weeks following Dad’s death when, as his Executor, I was called on to notify the various organisations who once had him as their loyal customer.

The first was his car insurer and this proved eye-opening.

Dad’s choice of insurer was wholly price-driven. Direct Line have a strong no-frills, verging on cheap and cheerful, brand reputation in the UK. I was expecting service to match, but I received something wholly different. The first agent I spoke to immediately offered his sympathy. Most importantly, it didn’t sound scripted. He said he would put me straight through to the “bereavement team” and, despite him disliking their title, reassured me they would be able to help with everything I needed. They did – superbly. And with a tone that, again, never once felt scripted or robotic. They even provided an immediate refund to a bolt-on protection Dad had added to his policy. The agent ended the call with something along the lines of “Don’t forget to look after yourself, won’t you.”

Another two or three calls to other organisations went somewhat similarly, though none was handled as well as by Direct Line and I applaud them for that. These ‘bereavement department’ teams have clearly been designed to manage the peculiarities needed around otherwise rightly rigid data security processes, in the event of someone’s death.

My next call was to Dad’s bank. A quick Google search revealed a direct number for their bereavement team, and I got straight through to an agent. I explained why I was calling, and the agent asked if I had Dad’s account details to hand.

At one level, that was just fine. It is a perfectly reasonable first question. But every other organisation I had spoken to, and almost all of those that I would go on to speak with, first offered some sort of condolences. It’s a tiny thing, but a brief “I’m so sorry to hear that” or “Please accept our condolences” goes a million miles when you are juggling the emotional complexities of having said goodbye for the last time to your last parent.

The bank’s agent took me through a series of robotically delivered questions and explained how I would need to take certain documents into one of their branches. And that was it. Corporately efficient but emotionally detached and more clinical than any of the clinicians I’d met during Dad’s care. I felt offended on Dad’s behalf – as if his 50-odd years of customer loyalty to that bank meant absolutely nothing.

Days later I took the documents into their branch in Dad’s home town – the branch he’d visited for the past 52 years. Here, I thought at least, face to face with an employee, something sensitive might be said. But again, I was met at the counter with a detached, almost officious, insensitivity. I did think about asking the staff member if by chance he had parents – but thought better of it.

Compare that to Dad’s local garden centre, whose café he would visit a couple of times a week. Having learnt of his passing (I’m still not sure how), they dropped a card through his door addressed to his family, saying how much they would miss him. A small action with a massive impact.

Dealing as I’ve had to, with wrapping up Dad’s financial affairs, I’ve come to question more deeply how it is that some organisations can develop a corporate emotional intelligence that is so dramatically different to that of some of their competitors. And you are naturally drawn to question whether this is then the result of a top-down hard-wired approach to everything they do.

Perhaps I’m being unfair judging an organisation based merely on a few interactions, but I decided to lodge a complaint with Dad’s bank, in the hope perhaps that it might spare another bereaved loved one the same experience. The result was interesting: a pro forma letter of apology and the offer of £100 in compensation. Frankly, it was insult to injury. But I took the cheque (why are they still issuing cheques) and gave it to a charity.

The catastrophic loss of life that COVID-19 has inflicted on so many lives and families around the world is gut and heart-wrenching. The tragedy of those losses will simply be magnified if society learns nothing from the pandemic.

I just hope that the calls those families had to make in the weeks after unfairly losing loved ones were handled with the sympathy and sensitivity I experienced from Direct Line. 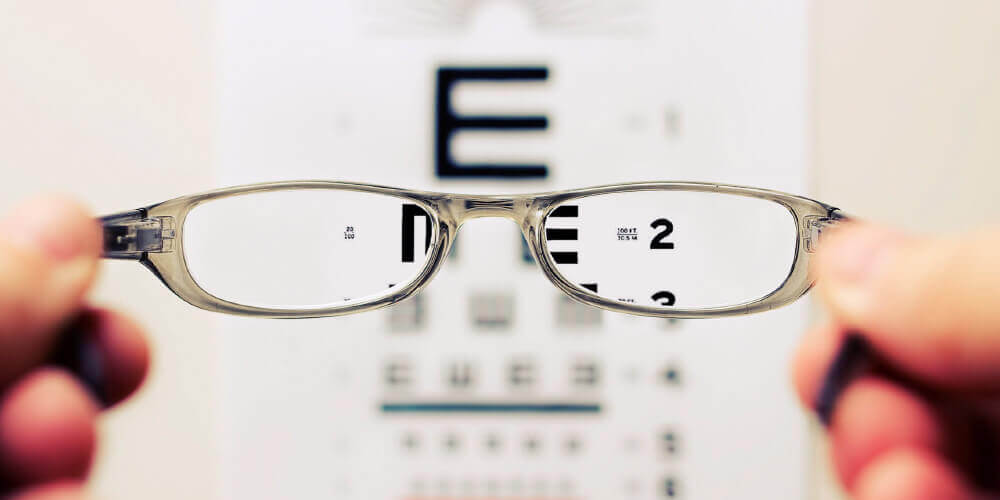 A week or so on and I was talking to my elderly neighbour. He was cursing the bureaucracy that was threatening again to rob him of his driving licence. He explained how, three years earlier, he had taken up an offer from a national chain of high street opticians for a free eye test. He was thinking it was time for some new frames, so thought it a good idea. Unfortunately, though, he performed below average on a part of the test that monitors peripheral vision.

Normally that would have little consequence, but the chain has a contract with the UK’s Driver and Vehicle Licensing Agency (DVLA) to conduct tests for them when they require drivers to undergo age or incident related ophthalmic tests. My neighbour had not been sent for such a test. But for reasons that are unclear, the chain notified the DVLA of his results.

My neighbour had his licence revoked, until, that is, he successfully pointed out that a peripheral vision test is not part of the UK’s driver sight test, regardless of age. Turns out he was not alone. The retailer has been sending the DVLA the details of numerous drivers who just happened to wander into their branches seeking a routine eye test. 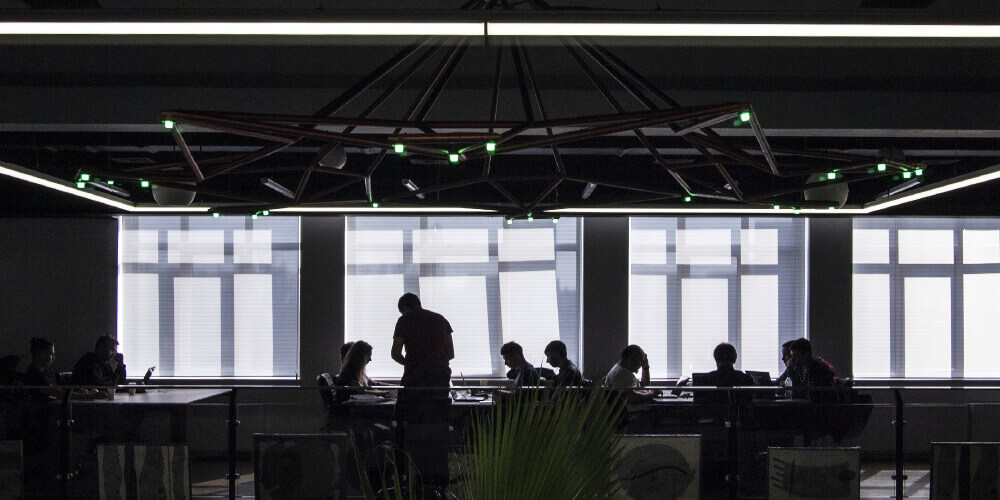 In an isolated experiment where we compared the employee satisfaction of physical IT help-desks with that of their virtual/remote help-desk equivalents, we routinely found the face-to-face examples delivering double the employee user satisfaction. Looking a colleague in the eye and explaining a problem, them fixing it, and you thanking them, makes the difference. It’s not spatially efficient and almost certainly not as time efficient. But it’s doubly effective.

Do these employers treat their employees in the same way their employees do their customers? Is one simply a consequence of the other? Are their workplace environments corporately efficient but emotionally soulless?

But even where organisations do invest in plush corporate fitness centres, I’m left wondering whether such facilities, almost always intimidatingly populated by the pumped and toned who would go to a gym whether on-site or elsewhere, leaves those who would benefit from a gym visit the most, the least likely to venture in.

As consumers of services we have a chance – perhaps even a responsibility – to change these robotic organisations, by demanding better. It might mean you shopping elsewhere or switching bank or energy provider. But it might just show corporate shareholders that being human means showing some sensitivity, emotional attachment and compassion and that these are values that should be sought not just in their CSR policies but also in the leadership teams they elect.