No matter where you look or what you read, times are tough for the automotive industry. Once thought of as a true industrial design innovator, recent and unprecedented challenges have led experts to believe that the automotive industry will see changes more profound in the next five to ten years than it has in the previous fifty.

Whether that be in the form of encroachment from the technology industry, changing consumer sentiments or even regulatory restrictions, these shifts are changing the landscape so rapidly and acutely that even maverick industry disrupters are struggling to navigate through the uncertainty. Though the relationship between technology companies and the automotive industry has become significantly more intimate over the course of the previous decade, a number of challenges have arisen in its wake. 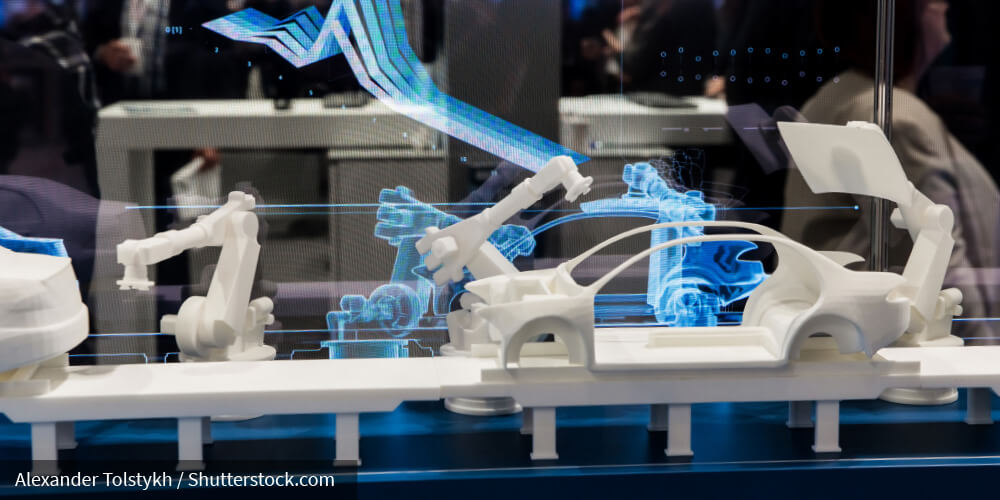 New entrants from the tech world have disrupted the traditional relationships between original equipment manufacturers and suppliers – industry supply chains are blurring.

And while the respective plans of Google and Apple to launch autonomous and electric vehicles are
at this point underdeveloped, their entry into the automotive industry is a clear indication that the traditional notion of an automaker is questionable in the contemporary world.

For many of the traditional manufacturers, their workplace strategies are burdened with legacy buildings emotionally and physically tied to the manufacturing plants they historically supported in symbiotic necessity.
But this is not just a case of new players, eager to get a slice of the two trillion-dollar industry. These insurgents, unencumbered by the physical machinery of manufacturing have established their signature architect designed headquarters in the most fashionable business districts of the world’s capital cities, providing powerful traction beams to the same tech talent the automotive industry now so desperately needs to attract.

Shifts in consumer sentiment and expectations have in many ways facilitated this encroachment – meaning conventional auto companies have been forced to radically re-address their modus operandi.

At the same time, it has become increasingly apparent that attitudes towards traditional forms of mobility are changing profoundly.

According to research published by Accenture, it’s “experiences” people want, not just a vehicle. And then there’s the more pressing challenge facing the automotive industry: increased urbanisation. 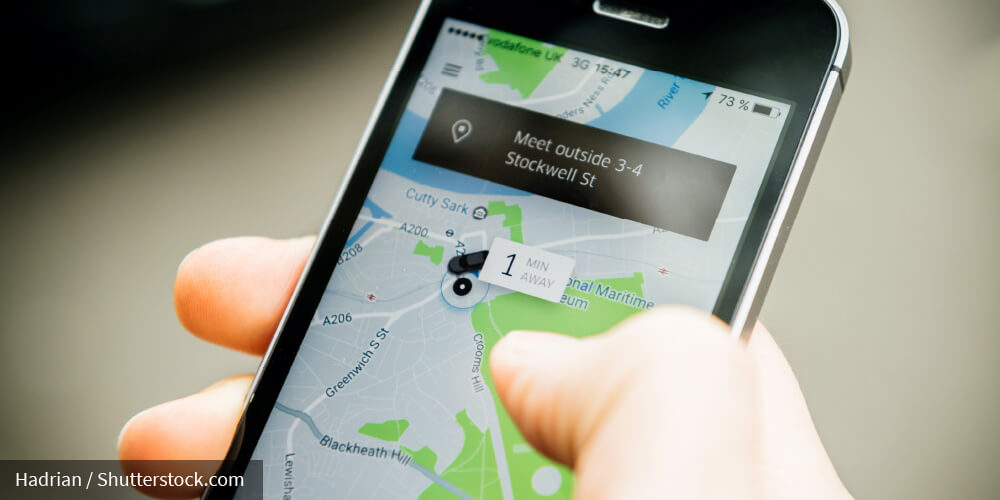 Companies offering car sharing services and seamless taxi apps have quickly established themselves as the new norm amongst young affluent urbanities who, unlike their generational predecessors, don’t hold vehicle ownership as a status symbol. That aside, the reality is that owning cars in urban environments has become both unaffordable and highly impractical for many.

For large numbers of consumers, however, grievances with the automotive industry extends far beyond superficial drawbacks. According to data published in a 2018 Nielsen report, 81% of their global respondents concurred – agreeing strongly that organisations need to be environmentally responsible.

A 2018 survey published by The European Federation for Transport & Environment, found that 40% of their respondents said they would likely buy an electric or an emission lowering fuel cell car next time they were in the market for a new vehicle.

But this has placed huge pressure on manufacturers, used to managing supply chains based on two engine options – diesel or petrol – to now managing four – diesel, petrol, hybrid and full electric.

And after the diesel emissions scandal, which saw a number of large industry players investigated and penalised for manipulating emissions tests, it’s patently clear why so many are looking at the alternatives.

Whilst electrification is undoubtedly the future, a higher demand for electric cars comes with myriad challenges.

Take for instance the Nissan Leaf, which will only manage 124 miles between re-charges. While there is continual improvement, in terms of functionality, the majority just aren’t up to scratch when public charging points are not yet commonplace street furniture outside of the big cities.

And for the informed environmentalist consumers, electrification doesn’t equate to emission free travel. Despite the efficiency of the electric vehicle being far greater than its petrol or diesel running counterparts, there is still a price to pay, with more than 39% of the UK’s electricity still derived from fossil fuels. Yet governments continue to apply pressure.

New regulatory conditions will ensure that after 2030 new cars must emit, on average, 37.5% less CO2, but unless these standards are globally embraced and parity is reached, this lack of a global legislative consensus is going to cause serious challenges moving forward.
And what about connected vehicles? It goes without saying that the connected car presents a big opportunity for the automotive industry.

The vast amounts of data mined from them is providing unparalleled, potentially game changing insights that could have hugely impactful benefits on vehicle performance, driver behaviour and accident / incident prevention. But the seemingly endless opportunities associated with this magnitude of data (some commentators predict 1,400 terabytes per year) belies unique challenges.

So, as automakers battle to reduce fossil fuel consumption, data becomes the new oil. But just like oil, that data remains crude and unusable unless processed.

The sheer amount of processing needed to effectively turn a digital resource into valuable insights requires new brains, different infrastructures and talent strategies to compete head on with the very tech firms already playing on their lawns.

But there’s a problem.

Auto makers are also coming to realise that their workforce is different: whilst the tech firms would typically see 15.8% of the workforce having been with them more than 12 years, in industrial manufacturing that figure is 37.4%.

And as these companies become increasingly more reliant on tech-savvy engineers, the seemingly change resistant workforce they are grappling with poses a clear risk to innovation moving forward.

But how do traditional manufacturing industries draw talent away from stereotypical tech companies?

In reality, not easily. But here, increasingly we see executive leadership teams turning to their real estate teams for help. Suddenly perhaps, workplace moves from being a burdensome cost-centre to a tool in talent acquisition and competitive advantage.

As another major manufacturing industry – one which like the automotive industry was born over a hundred years ago and grew exponentially over the course of the previous century – aerospace and defence is too facing a multifaceted and uncertain future.

Much like the automotive industry, there is massive societal and regulatory pressure on aerospace to curtail greenhouse gas emissions. And with air traffic predicted to increase seven-fold by 2050, few can argue that fundamental changes need to be made. This, however, presents a monumental challenge.

Though many of the world’s airlines have committed to drastically reducing their carbon footprint, the task is much easier said than done when it is the engine and aircraft makers that hold that key.

As it stands airliner efficiency is generally improving. The improvements, however, are coming in waves. 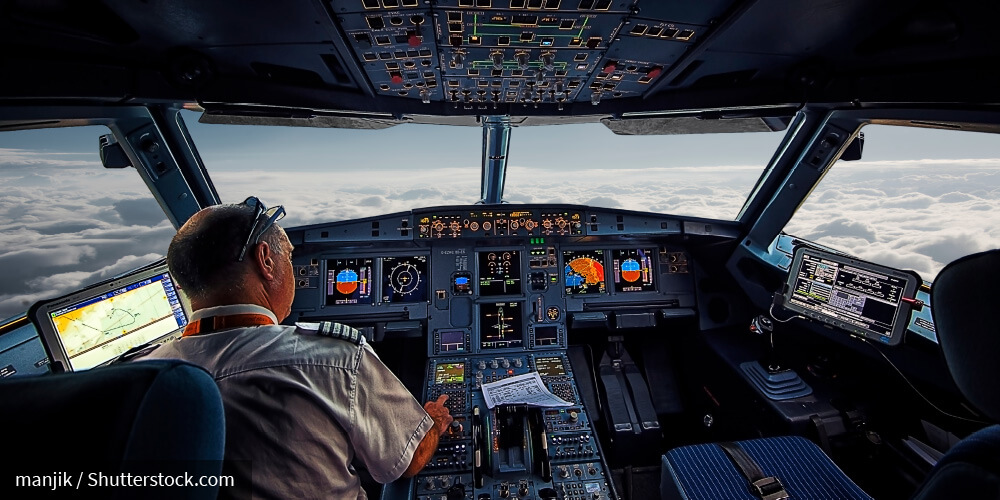 The latest Airbus A320neo has a 15% lower fuel burn than the original A320 model released in 1988. But, as the average commercial lifespan of a passenger aircraft is roughly 20-30 years, these staggered reductions in fuel consumption are nowhere close to satisfying current regulatory standards.

The urgency to adapt has in turn put a lot of pressure on innovation within the aerospace field. Companies are actively working on making aircrafts with lighter structures, more efficient engines, and talk of electrification is rife.

While at face value these avenues all look promising, aerospace research and design is a laborious drawn-out process – with companies increasingly outsourcing research and development projects to universities and, on average, projects taking around 20 years to be sanctioned for production.

But how can aerospace prioritise innovation in sustainability when contemporaneously they must also attempt to make aircrafts faster?

Since the Information Revolution, the global pace of communication and commerce has grown exponentially. However, air travel isn’t any quicker. In fact, commercial aircrafts have become slower since the jet age, and whilst most experts can agree that supersonic travel became commercially available prematurely, after 50 years since the advent of Concorde, travelling at the speed of sound looks a number of years away from being commercially available to the masses. 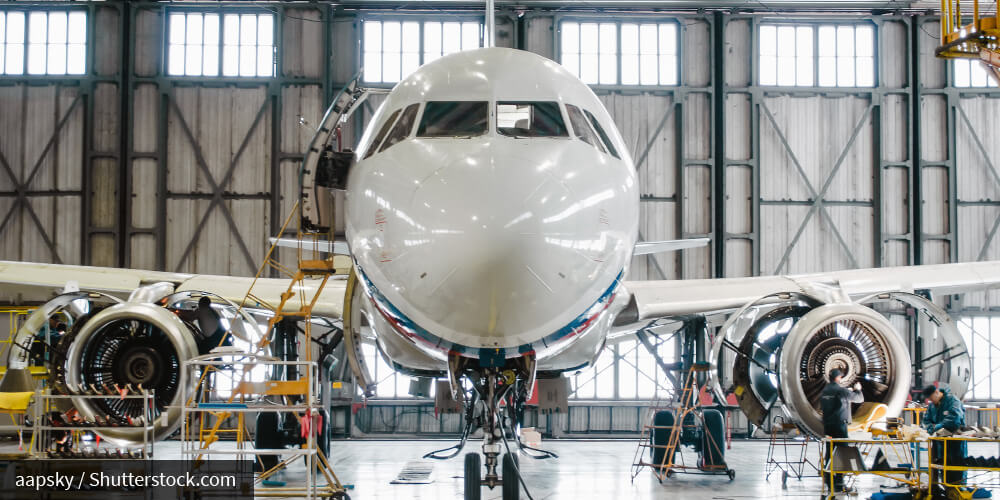 Aircrafts will either have to become quieter or face the prospect of being permanently grounded.

Then there’s the issue of noise pollution. As it stands, building an airport is not a straightforward process and as urbanisation increases, causing major airports to be engulfed by megacities, aircrafts will either have to become quieter or face the prospect of being permanently grounded. In short, the industry must adapt to accommodate growing expectations on innovation.

Meanwhile, historically outstanding industry safety records are being dragged through the legal and media mud: Boeing’s 737 Max problems seem to worsen with every announcement.

The world is changing, and for both the automotive and aerospace industries the future landscape looks nothing short of uncertain. However, through embracing the uncertainty there is also huge scope for innovation and progress and we believe that workplace can be used as a powerful tool in that process.

Using data gathered from 700,000+ employees in 4,000+ global workplaces, we have explored where the automotive and aerospace industries can learn from each other’s challenges and by looking at the technology business they emulate, understand where investments might deliver maximum return.