Tele2 tells its 14 million customers in 8 countries that their mobile networks can enable them to work from anywhere. At the organisation’s new head office in Stockholm, Sweden, employees are now being given the opportunity to do the same.

According to the GSMA – the global trade body for mobile operators – there are now more than 8 billion mobile connections on Earth and more than 5 billion unique mobile subscribers. A live tracker on the association’s website shows these figures growing exponentially quicker than the global population.

The proliferation of mobile phone technology has transformed the world in profound ways. It is smaller, smarter and more altruistic. It has made instant communication from one end of the world to the other possible. Birgit Imponen, Facilities Manager for Swedish network provider Tele2, says that the business has spent almost the entirety of its existence telling customers that its networks can help them work from anywhere.

Unfortunately, however, the ability to work from anywhere – or, perhaps more accurately, the most optimal place for whichever task is at hand – isn’t a luxury that Tele2 employees have always enjoyed. But the business recently moved from three outmoded offices to one new, co-located space in Kista, a thriving technology hub and business district in the northern suburbs of Stockholm. Imponen says that the previous buildings, which all featured open spaces and traditional desks, did not contain any additional environments that could support a variety of work activities.

Tele2 enlisted the help of activity-based working (ABW) consultancy Veldhoen to find out what employees would need from a new workspace to make them feel most comfortable and productive. The exercise quickly established that the organisation’s employees worked individually 60% of the time and collaboratively 40% of the time. And it became a primary objective to switch these percentages around in the new office space – which the organisation did.

Approximately 1,800 people moved into the new building in Kista, from three different operations of the Tele2 business. Through the Leesman survey and a separate occupancy study, the organisation determined that the previous offices also suffered from a lack of ‘closed room’ space where employees could focus. “We didn’t have any small rooms in our old offices and now we have more than 100, where you can work with high focus and then go back to the collaborative areas when you are finished,” says Imponen. 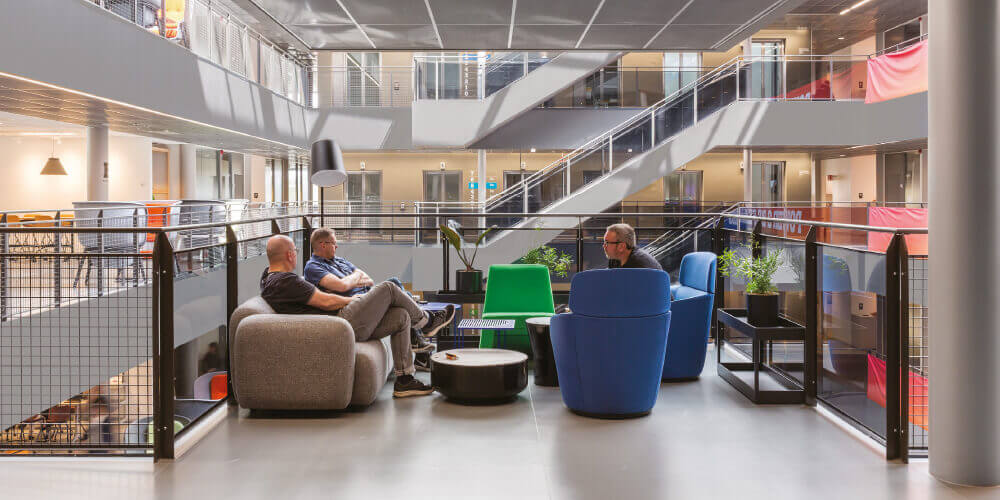 “It is more than a workspace; it is a social space too. We want you to come to work here because this is where the magic happens.”

This has led to a total transformation in the way the organisation and its employees behave. “We now provide all kinds of environments that support all kinds of work,” Imponen explains. She says that as a manager, for example, she would often have to work on reports at home because there was nowhere in the old workspaces that made this possible.

Likewise, Imponen adds, Tele2 people can now use the new office for truly collaborative work. “It is more than a workspace; it is a social space too,” she says. 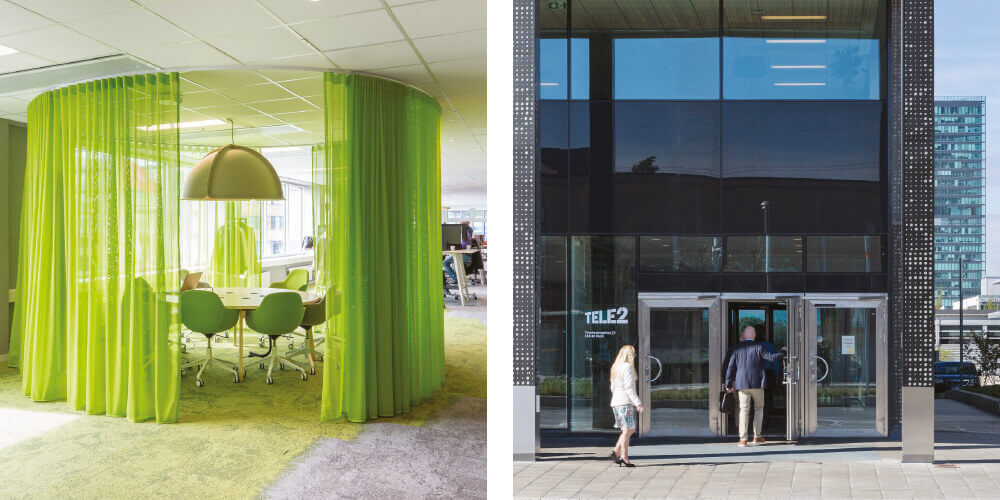 “We want you to come to work here because this is where the magic happens. Now people tell me that they stay because they feel that they can do their work in a very different way in the new office.”

The new workplace has also allowed the organisation to break down a culture of silo working. Imponen says that the Group CEO now even sits with the customer support teams because she wants to listen to what is happening in the organisation in real time.

Imponen says that the new workplace has fostered a greater sense of belonging, with employees now feeling a part of something bigger. “We have always been a very value-driven company, but the information we got from Leesman has helped us build our house.” So while Tele2’s outbound energies may be focused on connecting 14 million customers, the organisation’s new workplace is building meaningful network connections a lot closer to home.