Beware. If you’ve been dodging curveballs for the last two years, another is heading your way. The media has latched on big time to the 4-day work week. That means employees are reading about it, think tanks are pushing it, HR teams are talking about it, finance folk are doing the numbers and property teams will soon be asked to consider the square foot fallout.

In the UK, the Chartered Management Institute asked its members where their organisations were up to on the subject. More than half said their organisation was actively considering the idea or would do so. Yet 73 per cent said they thought it very unlikely it would be adopted, but more than half were asking themselves whether they could make it work.

If you’ve thus far escaped the noise, the four-day week debate isn’t quite as simple as same pay, less hours. There are numerous subtly different propositions, but most will have far-reaching implications for how you have previously modelled your real estate financials. They almost all share one common outcome – you will need less space. 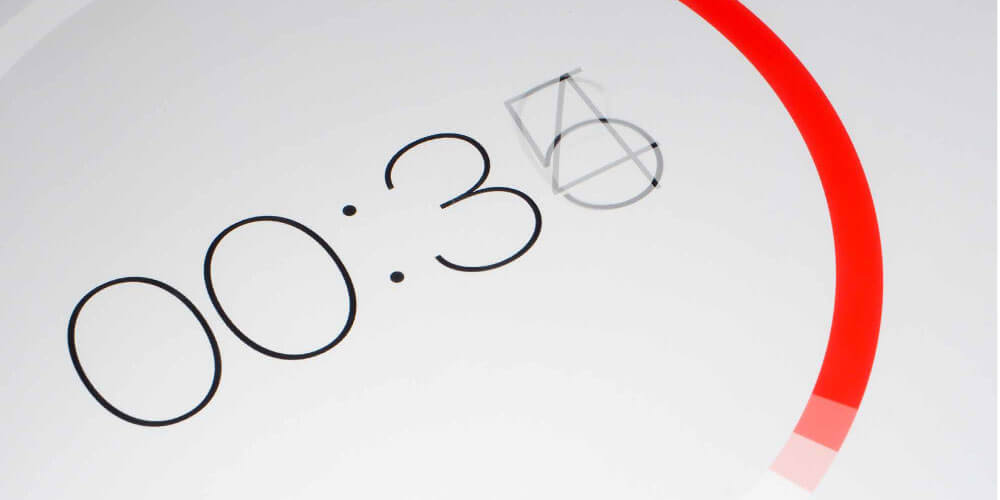 A common model is a simple compressed working week: these tend to look like a 40-hour work-week reduced to say 36, and then compressed into four 9-hour work days. The fifth previously working day is yours to use: same pay, a commitment to match outputs, and a three-day weekend. And your employer sees no loss of productivity and no increase in labour costs. Win-win. Critics point to the physical and mental burden of a 9-hour work day, implications for childcare etc., but the gains are perceived to outweigh the losses.

Keeping employees in peak work-life balance conditions is the centre-point of most arguments for a 4-day work week. Many companies like New Zealand-based financial services firm, Perpetual Guardian, are seen as trailblazers. Rather than compressing 40-hour work-weeks into a shorter number of days, they boldly cut working hours to a 32-hour week without any reduction in pay. They point to research showing that many workers can deliver on a full workload in fewer hours simply by cutting down on “low-value tasks and water cooler chit-chat”. 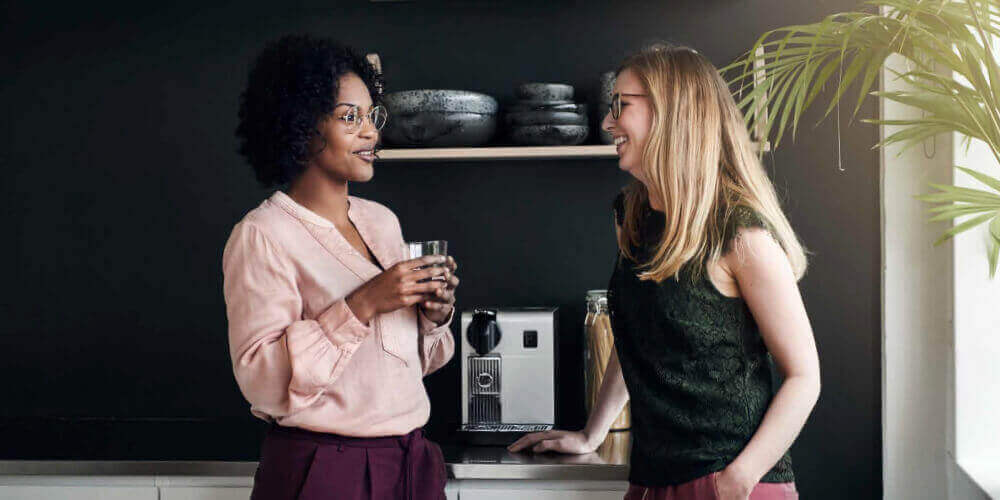 Call me a sceptic, but under all the compassionate gloss of gifting employees a three-day wellbeing weekend is some rather presumptuous productivity maths. Buckle down, work harder, cut the waffle and the chit-chat and the football banter and the birthday cake moments and the “how was your weekend”, “how are the kids”, “sorry to hear about your blah blah” moments. There is a clear directive that these are wasteful, unnecessary, and unproductive.

In the UK, there is a considerable amount of interest in a pilot scheme being run by the think tank Autonomy alongside researchers at Cambridge University, Oxford University and Boston College. They will measure whether employees can operate at 100% productivity, 80% of the time.

Once again, that infers those employees are not working at 100% for the 5-days per week they are presently working.

However, there might well be a different agenda here. Will Stronge of Autonomy said: “The time has come for a four-day working week, and the public sector should act as the pioneer for it, both as employer and as procurer of services.

“To help tackle the unemployment crisis we are facing this winter, a four-day week is the best option for sharing work more equally across the economy and creating much needed new jobs. The four-day week makes so much sense as it would boost productivity, create new jobs and make us all much happier and healthier.”

The study said: “More than two-thirds of UK workers are stressed or overworked in their jobs and according to the Health and Safety Executive, one in four of all sick days lost are the direct result of overwork.”

Am I missing something here? If overwork is the problem, then surely asking employees to compress five days’ work into four is massively compounding the problem, not alleviating it? Or is it that think tanks believe public sector office workers should be relieved of 20% of their workload but see no loss of pay? It sounds like it.

So, the Autonomy model is different. Under their proposal, public sector workers would simply see their work week and their workload reduced by 20 per cent for no loss of pay and their bosses recruiting more workers. Factoring in the expected increased productivity that a four-day working week would create among all employees, Autonomy calculates that this would require the sector to employ another half a million full-time employees at a cost of between £5.4bn and £9bn, or about six per cent of the public sector employment salary bill.

When governments are still contemplating how to recover the global costs of the pandemic, that seems a big ask and ignores a growing pressure on organisations around the world to manage soaring wage inflation. 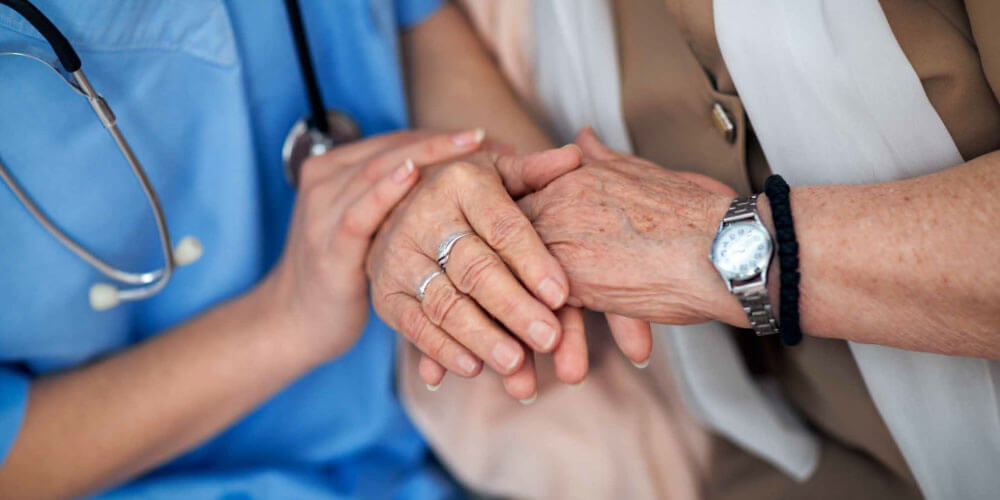 Yet a pre-pandemic public sector experiment in Sweden cannot be ignored and should perhaps make us focus on some very specific roles and tasks that cry out for radical re-design.

The Swedish government ran a controlled experiment at a Gothenburg retirement home. They had staff work a six-hour day but paid them the same as their previous eight-hour day. They compared the data with another group in a similar facility, and the results were compelling.

The nurses working six hours were 64 per cent more productive than those who worked for eight and provided higher-quality care to their patients. Over the course of the year, they found those employees took half the amount of time absent for sickness than their colleagues working for eight hours. With more energy at work, they engaged more with their patients and did a better job. But perhaps because the very particular nature of their roles was just not sustainable for 40 hours a week? 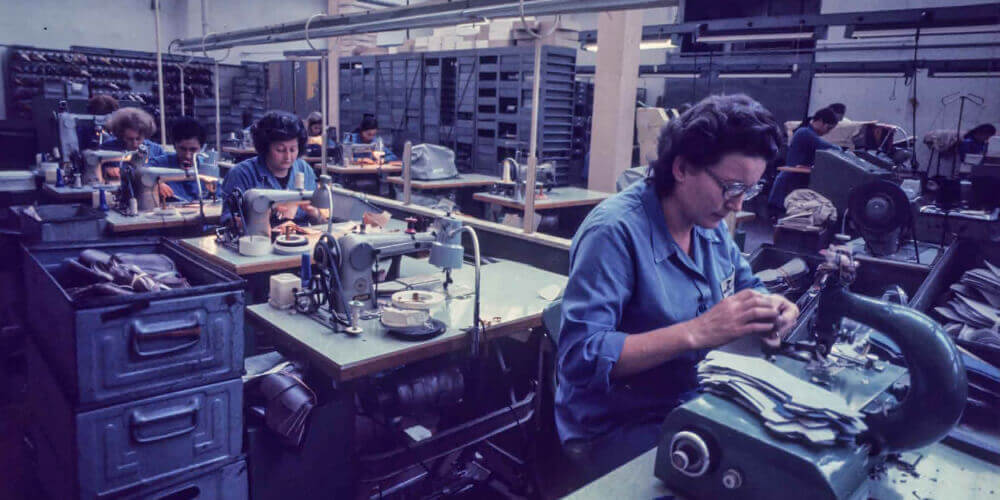 In the 1970s, my father worked in the finance department of the UK’s most famous lingerie manufacturer. He worked a compressed working week, finishing at noon on a Friday. There was no talk of work-life balancing though. It was a legacy of 1950’s labour laws which meant the sewing machine operators had to down needles half a day a week to enable the maintenance crew to keep the machines in peak condition.

I, for one, would love a 3-day weekend at no loss of pay or no extension to my working day and no loss of earnings. But if the result is a banal workday, ramming every working minute with maximum possible productivity, I’m pretty sure I know how I’m going to feel come Friday.

But lastly, what of the beleaguered office in all of this? It is already on a precarious cliff edge, trying to justify its existence in the corporate machinery of knowledge work. Some workplaces are trying to fight back and become temples of innovation, creativity, connection, and community, where employees are magnetically drawn because they are better at supporting their productivity than their own homes. But many will not get there and suffer a long, painful draw out demise.

And the reality revealed front and centre of the Leesman research is that the average home supports the average employee better than the average office, with any activity that benefits from acoustic privacy better supported at home than even the best offices. The average workplace needs a radical overhaul to compete in an increasingly competitive hybrid work and place landscape.

So, if employees can be 20 per cent more productive at home than in an average office, why shouldn’t they be gifted a shorter working week, or a 20 per cent pay hike? Why should we commute to crowded cities at a huge personal expense? Why, as an employer, should I pay for office space that my team sees as beneficial for only their social connection?

This is a debate worth having now.