It’s time to address the failings in the home vs office debate. Organisations would do better to work on their own solution, by looking inwards at what’s on offer and what isn’t.

The average home supports the average employee better than the average new office. It is a body blow, an own goal, a damning indictment of the quality of the offices millions of employees have endured.

Why? Perhaps because design has been allowed to veer from a “form follows function” imperative as much as the fact our homes and our access to technology has been revolutionised in the last 10 years. Maybe those buying these designs feel they need to get 10-year’s use unchanged, despite how the business changes. Whatever the reason, the pandemic has offered an opportunity to wholly reappraise our people / place preconceptions…

I used that “average home, average employee, average office” line recently in response to a social media post that filled me with frustration and dread. It suggested that the knight in shining armour for the future success of the office and hybrid working was ‘marketing’. It conjured images of marketing teams being deployed to market and sell offices to employees, to have them flocking to return rather than told to return, despite the quality and effectiveness of the environment being marketed.

The data Leesman has captured shows exactly where offices have failed and where homes are winning. And we’ve made that information as widely available as possible. Yet most design teams choose to conveniently ignore those insights, in favour of a path well-trodden. One that focuses on the aesthetic outcome over the business outcome.

This will further amplify the battle raging both in corporate boardrooms and in domestic sitting rooms around the world, that has home vs office pitted in a bitter confrontation.

These debates are like a custody battle over employees caught between the comfort and effectiveness of their own homes and the social camaraderie of the corporate office. Neither individual option offers all the benefits of both together, so asking them to choose is simply wrong. 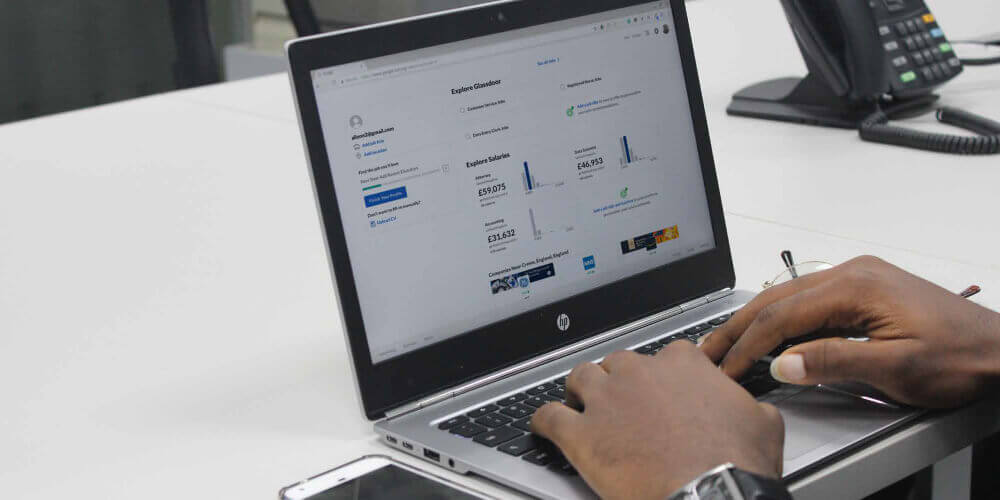 A recent PwC report found 65% of employees in the U.S. labour market were looking for a new job as of August 2021. Perhaps that’s why they pivoted and announced they will allow all of their U.S. employees who can telework the option to work from anywhere in the U.S. moving forward. The report coincided with data from Glassdoor suggesting that online job searches for remote positions jumped 460% in the two years between June 2019 and June 2021.

PwC’s new policy will impact nearly 40,000 employees in client service roles, including consultants, auditors and tax professionals. The firm says it is the first professional services organisation to offer employees a permanent work-from-anywhere option. PwC’s deputy people leader told CNBC “If you’re a client services employee in good standing and you want to work virtually, we will make it happen — full stop.”.

Although beneficial to many, could this risk the employee taking inward, self-centred decisions to the potential detriment of the collective? How will PwC and others who follow suit balance ‘me freedoms’ within ‘we boundaries’?

But therein sits a key problem in all discussion and analysis of any public statement, be that Morgan Stanley’s CEO James Gorman stating: “If you can go to a restaurant in New York City, you can come to the office, and we want you in the office.”, or the UK’s Nationwide Building Society, who in March 2021 said they would implement a “work anywhere” policy for office-based employees. Everyone is looking for percentages. How many in the office, how many remote? How many days remote? Does 50% mean two days one week and three the next, or does that mean one week in and one week remote?

We all want the numbers that others have settled on for one simple reason: because most big corporates and their suppliers are not pre-disposed to experimentation. It is easier to copy than it is to boldly go it alone.

But the reality is that since every organisation entered the pandemic with a unique set of strengths and susceptibilities, there is no off-the-shelf blueprint plan for the way out. The weak will try and revert to their pre-pandemic models, because that’s easier than contending with the fall-out of a forensic analysis of how well they worked (or didn’t) before. The less weak, but equally uncreative, will copy the decisions made by those who they see most closely resemble them.

But others will look differently on how effectively they pivoted in the eye of the storm of Spring 2020 and the best leaders are realising that it’s ok to be honest and open about not having all the answers. Instead, they are simply laying out a series of test hypotheses.

It carries risk, of course. But it will expose you to the scale of the opportunity. And frankly, the other option (minor iterative tweaks to the now shabby looking edges of mothballed pre-pandemic workplaces that COVID-19 has since exposed as deficient) won’t cut it for employees who’ve spent their own cash redesigning corners of their homes, garages, and garden sheds to support their role in your organisation. The pressure is on to mirror their effort and personal investments and radically reimagine your workplace systems.

Some organisations are well ahead. But most are not. They are confused and uncertain, nervous of being cast as luddites if they say they want employees back, or as reckless if they say they intend to dispose of their office footprint altogether. What is right for one, will be different for the next, so they will find little help gazing at each other and must instead start looking at themselves.

The exit route will also depend on an organisation’s attitude toward ‘failure’. Is it something you recognise as a step in forwarding iterative improvement and development – a side product of innovation practices? Or is it something that is chastised and scrutinised in forensic depth.

‘Failure’ is a word those leading organisations have developed an organisational maturity around, learning much from the technology teams where fail fast is just how they roll. If it’s wrong, work it out quickly, fix the fault. Move on.

Failure is clearly a hard concept to embrace, especially when corporate property teams’ consultants and suppliers are bound by tight contracts that allow smart people in legal and procurement to call out failure with punitive intent at the first wrong turn.

These suppliers consequently have expensive insurance policies to protect from those implied or actual failures. That needs upending. If your property teams are to find a way of driving radical innovation throughout their supply chain, then the minimum viable product, rapid prototyping, failing fast approach that will be needed to support you through the coming months, will need to be embraced.

Bear in mind though that the mainstream corporate real estate supply chain has historically failed to show you exactly how workplace directly contributes to business performance and competitive advantage and so has, on-route, produced a largely unaudited product that in real terms varies very little between one client solution and another. You may need different eyes on this project.

We may also need vocabularies. Ones that offer more granularity or finesse. Does ‘collaboration’ as a catch-all description accurately capture the complexity of every nuance around the work one does with others? Although the idea that the Innuits had 50 words for snow has been busted as a myth (the number is closer to 25), it does feel as though we need to take time to consider, and more accurately examine, how employees interact collaboratively.

So, rather than pitching office against home, we should instead be seeing a linear scale. That scale can have permanently remote employees at one extremity and permanently office-based at the other, but thereafter, an employees’ location on the scale can be almost anywhere – and can change day to day, week to week, role to role.

By looking at the optionality through a linear scale rather than a binary, polarising over-simplification, you start to see then understand the subtlety and nuance. Few employees who were previously office-based will never return to the office. And few ‘permanently’ office-based colleagues will never seek a day here or there to work remote.

So, let’s focus the hybrid work debate and the experiences offices and homes will offer the vast majority of employees who sit somewhere in from the ends of the home to office spectrum.

This is not about marketeers rescuing organisations from the perils of designers’ failings. Or of one bank doing one thing and another doing the opposite. It is ultimately about building effective business solutions around employees that enable them to do the very best they can in the roles they are in. It really is no more complicated than that.